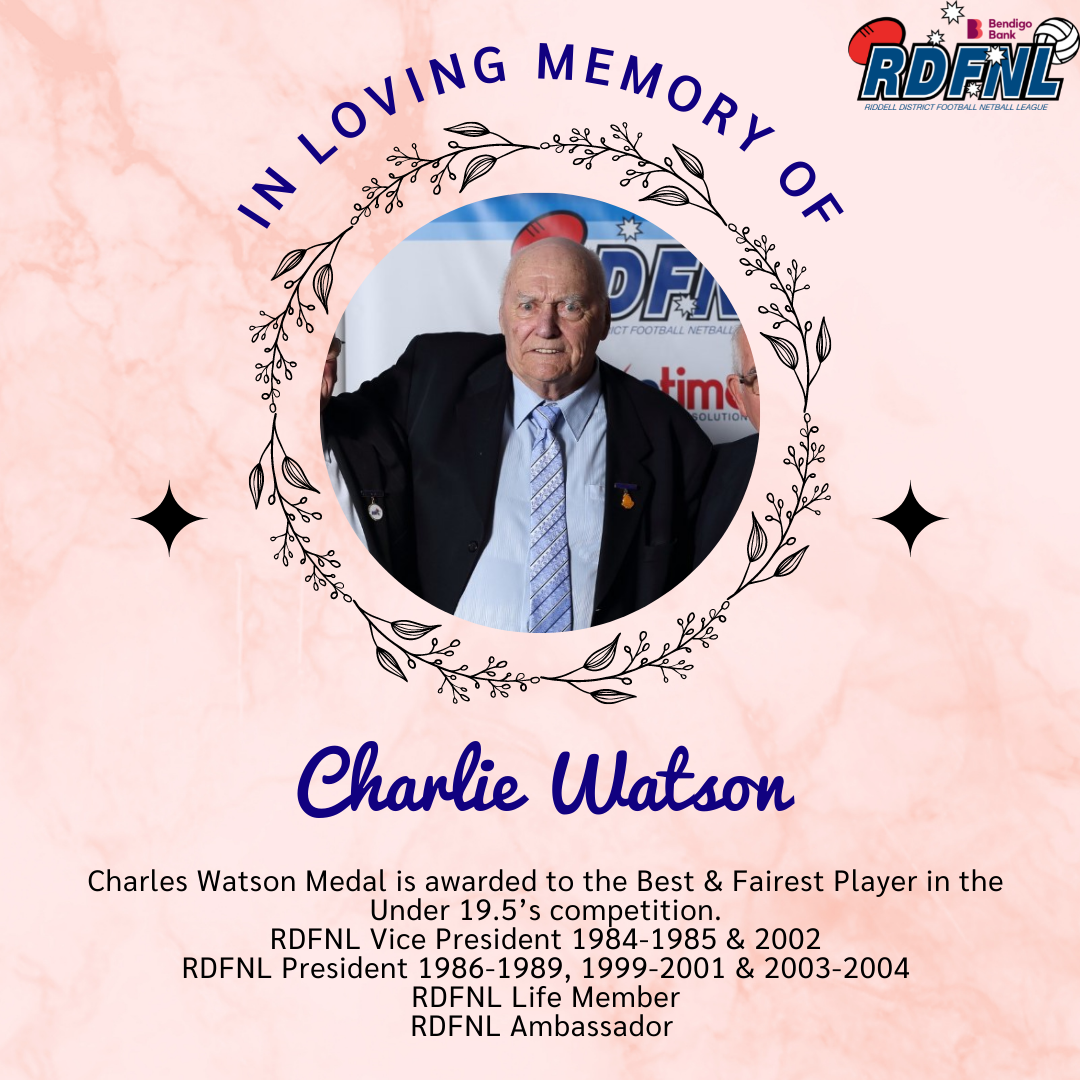 Charlie has a long list of achievements within the league and he will be sorely missed at the annual junior presentation evening an event he has rarely missed.

RDFNL CEO Jordan Doyle had this to say of his passing.

"The RDFNL wishes to pass on our condolences to the Watson family and in particular his wife Betty on the passing of RDFNL icon Charlie Watson," Doyle said.

"Charlie did it all in the RDFNL from player to an administrator to Board Member and had a long association with the League. Charlie will be sorely missed by the RDFNL community. Vale Charlie."

Here is a short summary of what Charlie achieved within the RDFNL.